A four and a half year scientific study (January 1992 – June 1996) of the effectiveness of the Sportsmind material was conducted in conjunction with the University of Western Sydney as my Master of Science (Hons) thesis.  The research study involved 1,158 athletes and coaches from over thirty different sports and varying ability levels, and identified significant performance enhancements for participants.

The study involved a field project over two years in which 96 intensive training workshops (varying from 3 to 8 hours in duration) were held throughout Eastern Australia. One hundred and forty two of the participants volunteered to be part of the study, and there were seven participants who volunteered to be case studies in a more intensive project.

Ninety-five percent of of the volunteers who responded noted either “More confident”, “More relaxed”, “More positive”, “Better Concentration” or similar statements in response to questions about their sports performances after attending the Sportsmind workshop. Results of participants responses noted that the Sportsmind workshops improved their sports performances, on average, between 35 – 44%.

Even more definitive results were obtained from the seven ‘case studies’ who attended the four one-day workshops which comprise the basic Sportsmind curriculum. The results of these case studies found, on average, that participants believed that the Sportsmind workshops had improved their sports performances by an average of 47.1%. Further, they all identified significant objective improvements, such as increase in grade of play, awards, competition victories, and so on.

These results are summarised below.

Case Study 1: Male Hockey Player, age 13 years.
His grade of play prior to attending Sportsmind workshops was ‘B’ grade; at completion of the workshops he was playing ‘A’ grade. He was also the highest goal scorer for the season, and had received the team’s ‘Most Valued Player’ award. His estimated improvement was 70%.

Case Study 2: Male Baseball Player, age 17 years.
His grade of play prior to attending Sportsmind workshops was ‘3rd’ Division; at completion of the workshops he was playing ‘2nd’ Division, and acting as a reserve for ‘1st’ Division. He played in both the ‘Under 18’ and ‘3rd Division’ finals, and was also awarded the team’s ‘Most Valued Player’ award. His estimated improvement was 50%.

Case Study 3: Male Golfer, age 25 years.
His grade of play prior to attending Sportsmind workshops was at a handicap of 4/5; at completion of the workshops he was playing at a handicap of 2. He had also won several club championships, and had posted some good rounds in open amateur events, achieving second place in one event. His estimated improvement was 40%.

Case Study 4: Male Soccer Referee, age 42 years.
His grade of refereeing prior to attending Sportsmind workshops was at state ‘Level 1’ games; at completion of the workshops he was refereeing Premier League games. He was also nominated as referee of the year for 1995 by the Victorian sports journalists. His estimated improvement was 50%.

Case Study 6: Female Dressage Competitor, age 40 years.
Her grade of competition prior to attending Sportsmind workshops was at Novice level (level 2); at completion of the workshops she was competing at Elementary/Medium level (level 3/4). She also won the Ridden Stallion event at the Royal Adelaide Show – a significant jump in performance. Her estimated improvement was 35%.

Case Study 7: Female Golfer, age 60 years.
Her grade of play prior to attending Sportsmind workshops was at a handicap of 30; at completion of the workshops she was playing at a handicap of 25 – 27. Her estimated improvement was 10%.

Hello, and welcome to Sportsmind!

Fear Gets Replaced By Certainty

I practice a skill over and over even if I am afraid of it. Soon enough, the fear starts to fade and is replaced by certainty and confidence. It takes courage and discipline to want to be better than I am today. It takes careful planning, trust in my decisions and plain hard work. I will always challenge myself a step further than my competitors. This is what it takes. 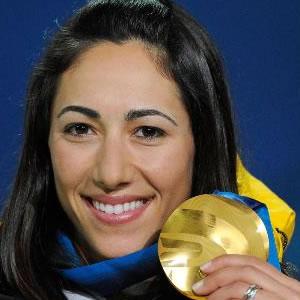 Any athlete or coach who is serious about excelling in their sport, must invest in mental training. As the standard of all sports internationally progresses an open mind in essential in finding new ways to improve. Mental training is the key, and one that is too often underestimated. The Sportsmind program and the Coaching Excellence Conferences are revolutionary in mental training and will, without question, significantly improve performance in any sport.. 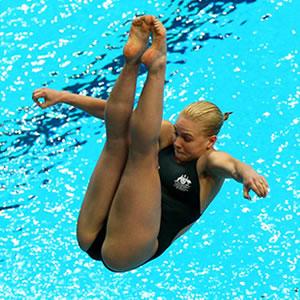 The secret of success is the mark of one who has cultivated their inner self. Jeffrey Hodges and Sportsmind helped me hone my inner skills.

The Power Of Goal Setting

(you) proved to me the power of goal setting! One of the long term goals that you and I set together 5 years ago was to win the Australian PGA by 2013 - unfortunately I was 1 spot out!!!! Anyway, thanks again for all of your help. 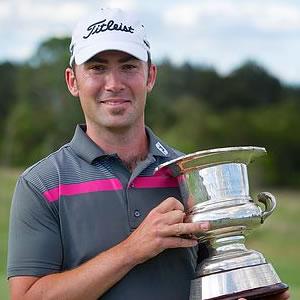